The Silver Trowel is presented to professionals that have spent a majority of their professional career working in Nevada, have made outstanding positive, lasting contributions to archaeology in Nevada, and have maintained the highest standards of professionalism and ethics in the conduct of his or her career. The award was created and first presented in 2004. 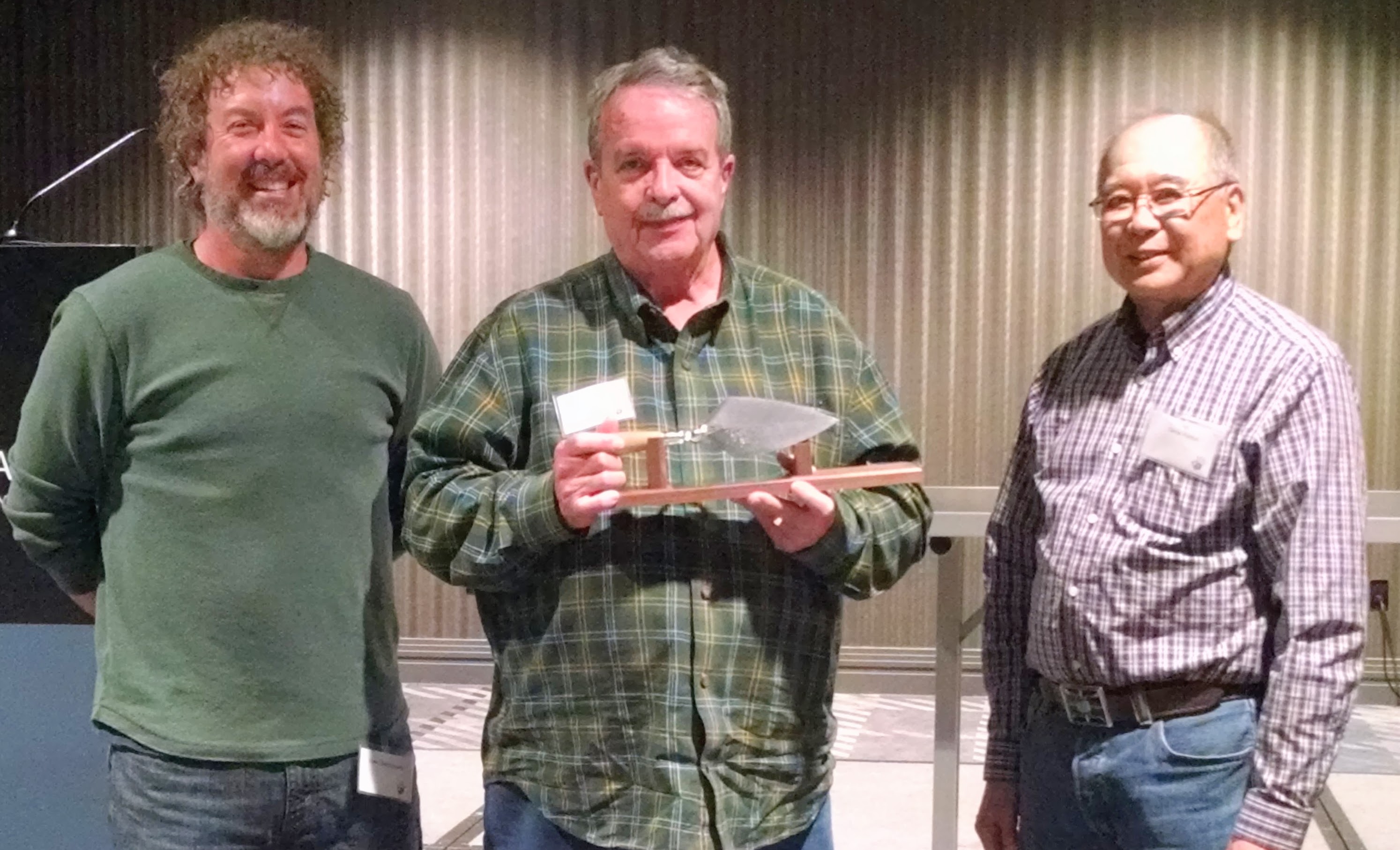 NAA 2018 award was presented to Dr. James “Pat” Barker.  Pat is known to many “older” agency, CRM, and academic archaeologists as the former State BLM Archaeologist between 1988 and 2006. To those people, including project proponents, he acted as the “Monty Hall of Archaeology.” Throughout his tenure he did his best to make all parties believe he was their advocate. Land exchanges promoted by Pat included transfer of High Basin petroglyph sites above Spanish Springs into public ownership. Alternative mitigation resulted in expansion of the Nevada State Museum’s “Tosawihi Quarry” warehouse addition. Perhaps most importantly, however, Pat played a key role in the successful civil ARPA prosecution of the Elephant Mountain Cave looter. At $2.5 m the highest fine leveled under that law. Post-2006 activities include involvement with UNR as Adjunct Assistant Professor, Nevada Rock Art Foundation as Director, Nevada State Museum as Research Associate, and Nevada Museum of Art as Consultant. – By Gene Hattori

The Ting-Perkins award is presented to a deserving individual for outstanding avocational contributions to archaeology in Nevada, and was created and first presented in 1982. The award is named in honor of Dr. Peter Ting (first President of AM-Arcs in 1967 and head of the Nevada Archaeological Survey) and Fay Perkins (who in 1924 along with his brother, John, first brought the Moapa Valley’s “El Pueblo Grande de Nevada” to the attention of Nevada Governor, James Scrugham, and later became curator of the Lost City Museum in Overton from 1952 until 1956).

This year we have two recipients of the Ting-Perkins Award for outstanding avocational contributions to Nevada archaeology. The NAA is proud to recognize Ken and Karen Hopple as co-recipients in 2018. 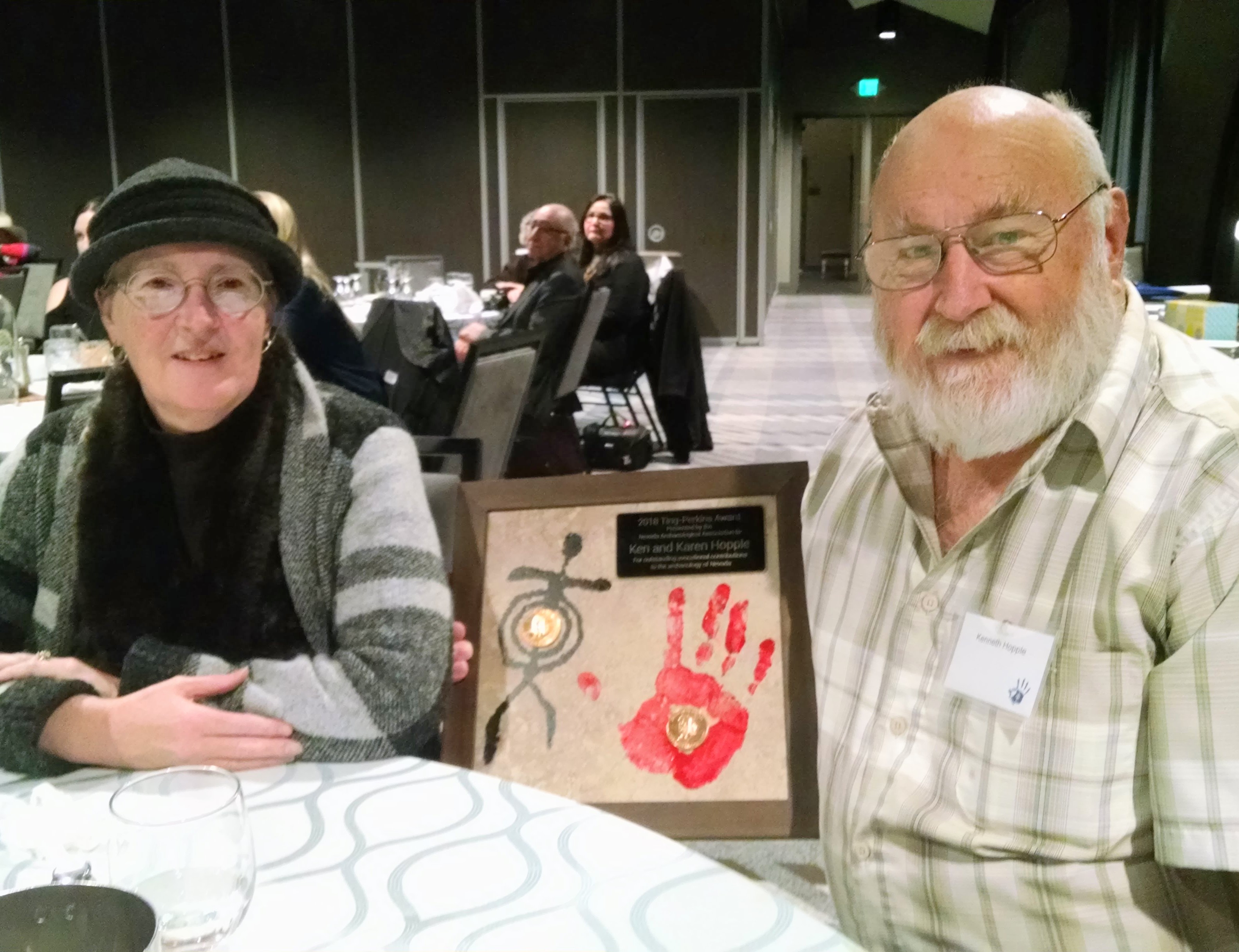 Many western Nevadans know Ken and Karen Hopple through their AmArcs participation, particularly Ken’s continued presidency of the organization. Ken had worked for the Hamilton Company’s founder in Southern California as a skilled machinist and tool and die maker. He continued working for the privately held company after its move to Reno and international expansion. He generously offered his trade skills to the Nevada State Museum by developing a method to conserve Carson City Mint coin dies discarded by the mint in the late 1870s. Ken and Karen assisted both Kelly Dixon and Julie Schabilisky with their historic archaeological graduate research in Virginia City. Karen and junior-author Gene Hattori later published original research into a particularly interesting 19th century Native American bisque doll from Germany, that is swaddled in a miniature Washoe cradleboard. Ken continued his museum involvement by taking the position as the museum’s Chief Coiner who also maintained the former mint’s historic “V&T”, Morgan and Orr coin press. Ken also continues his numismatic interests t

hrough certifications from and presentations at the American Numismatic Association Money Museum in Colorado Springs. – By Gene Hattori

Check out the most recent past poster contest winners on the SAA website. 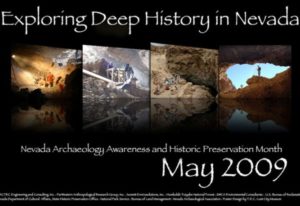